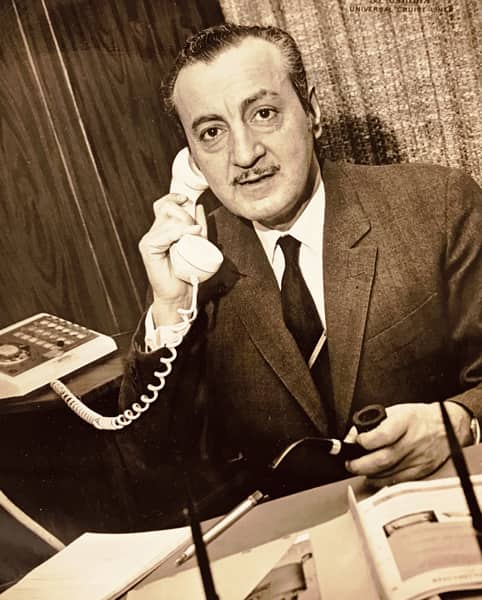 Attila Nevzat Turkkan, the founder of Overseas Development Corporation, was born on Büyükada, the largest of the nine “Prince Islands,” south of Istanbul, on the same year as the founding of the modern Turkish Republic.

Though he grew up in a well-established Turkish family, Mr. Turkkan resolved to forge his own path in a new world. Upon graduating first in his class from Ankara University with a Law Degree in 1945, he booked passage on an American military ship and arrived in New York City with only $100 and a briefcase in-hand.

Cultural and linguistic barriers challenged Mr. Turkkan’s assimilation into American life. During his first years in the U.S., he worked odd jobs, slept on city streets and rented rooms in boarding houses. As a young man undeterred, with ambition, he fostered international mercantile relationships and took advantage of funding provided through the Marshall Plan to establish the Overseas Development Corporation (ODC), an international import-export business, in 1956.

His inaugural project with ODC was facilitating the shipment of 8,000 mules from Greece into the United States. That was just the beginning of Mr. Turkkan’s passionate entrepreneurial skills in creating a robust and strategic trading company, which amassed hundreds of millions of dollars in valuation and assets.

At a time when so many countries around the world were still virgin territories, undeveloped with little business representation, Mr. Turkkan was decades ahead of his time. He would travel to far off lands in search of opportunities, developing relationships with key players in government and business. This directly contributed to the growth and diversity of Overseas Development Corporation both as a business and the culture of the company. Part what made ODC so unique was its forward leaning vision that propelled the company to always be ahead of its time.

He was a man who enjoyed every moment in life. His tastes were broad and varied, whether it be Jazz music, food, art, science, philosophy, politics, or just a good conversation. He would woo anyone in the room. He had a youthful and inquisitive spirit which endeared him to everyone he met. In his constant travels around the world and his particular brand of business acumen, Mr. Turkkan opened offices in four separate continents. In fact, ODC makes such an imprint on American international interests, that in 1996, Congressman Ron Packard (R-CA) described the Overseas Development Corporation as “vital” to America’s commercial interests abroad.

Mr. Turkkan successfully expanded his company’s operations world-wide, leading the import and export trade of specialty metals on a global scale. ODC began with electrical steel and later evolved to include aluminum, copper wire, laminations, insulations materials and more. For the visionary Mr. Turkkan, the word “impossible” did not exist. Adding to the company’s expanding global position, over the years ODC has been successfully involved in a number of sectors, including defense, construction, agriculture and renewable energy.

Towards the end of his life Mr. Turkkan funded the renovation and historic preservation of a “Kösk” (Atli Muazzez Hanim Köskü), a traditional Ottoman mansion that symbolizes a national heritage increasingly hidden among Istanbul’s bustling cityscape.

Under his direction, ODC has become one of the leading international business consultancy and trading entities of its kind. After his passing, Mr. Turkkan’s work and legacy continues today through his children. His daughter Leyla now directs company operations as President, and his son Halit leading North American sales efforts. After 60 years, the Turkkan name, and the brand of ODC is fondly regarded for its business ingenuity and dependable results. ODC continues to be a leading trading and consultancy company, grounded in the wisdom and ambition put forth by its remarkable founder, Mr. Attila Turkkan.

Hit enter to search or ESC to close